In his pursuit of the Xtreme Outlaw Sprint Car Series presented by Low-E Insulation championship this year, Alex Bright took a big step toward that ultimate goal Friday night, winning night #1 of the inaugural St. Louis Firecracker Faceoff at Federated Auto Parts Raceway at I-55. 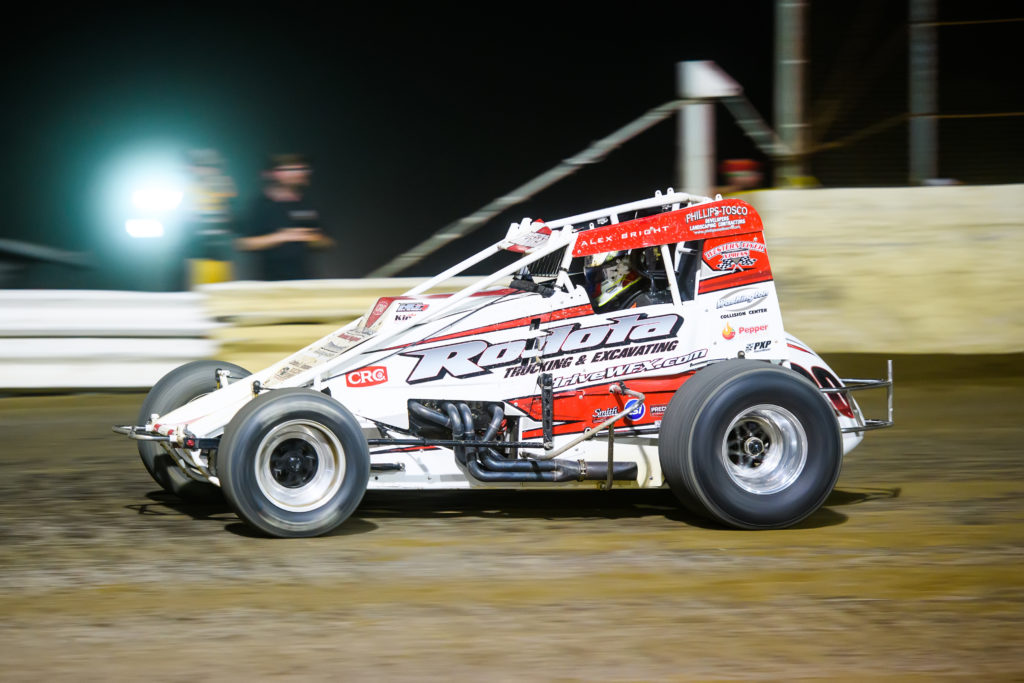 “I can’t thank Hummer Motorsports and everybody from the Hummer family enough for the opportunity,” Bright said. “We just had this Rodota Trucking & Excavating, CRC Auto, driveWFX car rolling on the bottom.”

Coming from seventh on the starting grid, Bright got on his horse quickly, passing his way to fourth in the first four laps. For the next 10 laps, he had the best seat in the house to watch a three-way battle for the lead between Mario Clouser, Jake Swanson and Isaac Chapple.

Clouser had taken the lead from Chapple on Lap 5 and was ripping around the top side of the third-mile, keeping the cars behind him at bay with the speed he carried on the top. Clouser looked to have the best line until he got over the cushion in Turns 1-2 on Lap 16 and ramped-up the outside wall, spinning and bringing out caution.

“I saw the top was definitely getting treacherous,” Bright said of his view from the cockpit. “Before I even got to [Clouser], the other guys that were running the top were making mistakes, so that’s why I just kept working the bottom, and we were good down there too.”

By that time, Bright had just made the move for second, which meant he had the lead for the next restart. The green flag dropped, and Bright took off and began his defense of the top spot.

Multiple caution flags fell over the course of his time at the head of the field, meaning Bright had to be sharp on restarts. In the end, he was flawless, nailing the bottom line for each of the remaining laps to score the $5,000 victory. 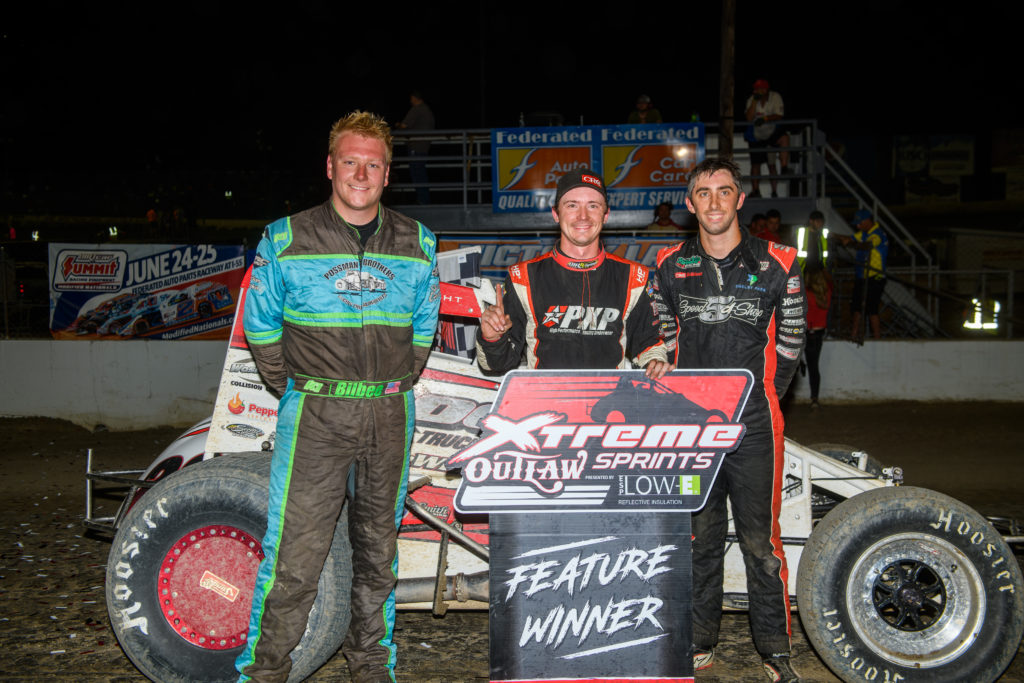 “I honestly had no idea where anybody behind me was running,” Bright said. “[Whether] they were running the top, if they were running the bottom, middle or lower, because I got by Isaac Chapple trying to work the middle line. I had no idea where anybody else was. I just kept it smooth, kept the car underneath me and tried not to make any mistakes.”

Nick Bilbee, of Martinsville, IN, crossed the stripe second in his first start with the Series. Overall Fast Qualifier (pres. by Whitz Racing Products) Zach Daum, of Pocahontas, IL, rounded out the podium.

The Xtreme Outlaw Sprint Cars return to I-55 on Saturday, June 25, for the $6,000-to-win St. Louis Firecracker Faceoff finale. If you can’t be at the track, stream it live on DIRTVision.