Taylor Reimer has become the first female to win a National Midget race after being deemed winner of the May 25 Millbridge Speedway event with the Xtreme Outlaw Midget Series presented by Toyota.

The historic confirmation of her victory comes days after 15-year-old Jade Avedisian – in her Toyota-powered CBI midget – claimed her first National Midget victory at Jacksonville Speedway (June 26), becoming the first female to see the checkered flag in a National Midget race and making for back-to-back female victors in the Xtreme Outlaw Midget Series– a feat not seen in any other national dirt racing series.

Reimer, 22, from Tulsa, OK, initially finished second in the Millbridge event to Cannon McIntosh but has been awarded the victory after McIntosh’s recent disqualification – which includes loss of the win, all purse money and championship points.

“Ever since I was a little girl, I always set high standards for myself in everything I do and getting a Midget win was the next thing on my list,” Reimer said. “It’s pretty cool to say I’m the first female to win a Midget race, even though it’s not how we expected. A win is a win. We’ll take it, move on and get some more.”

The win – in her Toyota-powered Keith Kunz Motorsports midget – comes in only her second full-time year competing on National Midget tours and in the debut season for the Xtreme Outlaw Midgets – joining Avedisian and Gavan Boschele as the only other Xtreme Outlaw Midget winners. It’s a milestone victory that solidifies her name in not only the record books for dirt racing but all of motorsports as a first-time female winner in a national series, joining the likes of Erin Crocker Evernham, Danica Patrick, Hailie Deegan and more.

She then moved up to Restricted Winged Micros, securing several more wins at Port City and becoming the winningest female in the history of the raceway.

After a six-year break from racing to focus on her academics and cheerleading, Reimer returned to dirt racing with an opportunity to drive a dirt Midget. She won her Heat Race in her USAC debut and has collected more than 20 top-10 finishes in her two years of competing with Xtreme, POWRi and USAC.

You can see history be made again when the Xtreme Outlaw Midgets make their debut at Federated Auto Parts Raceway at I-55 during the Ironman 55 weekend, Friday-Saturday, Aug. 5-6, in conjunction with POWRi.

If you can’t make it to the track, you can watch all the action live on DIRTVision – either online or by downloading the DIRTVision App. 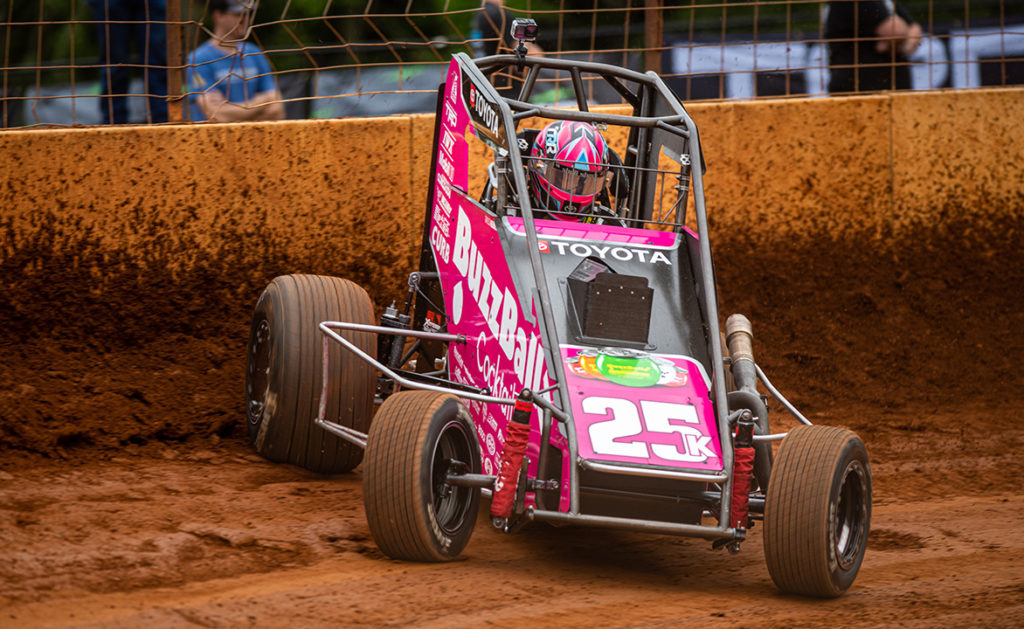