Event Description
Kick off the 2022 racing season with two full weeks of racing in Florida at Volusia Speedway Park!

Stadium Seating
Stadium seats are allowed as long as they don't conflict with the aisle behind you.

Handicapped Parking
there are many handicap parking spots available. All spots are first come first serve.

Pit Age Limit
There is no age restriction in the pits. Anyone 17 years of age or younger will need to fill out a minor waiver form and be accompanied by an adult.

Pit Gate Location
East or West side of the Track.

Alcohol Sales
Beer is available for purchase at the track.

Not one, but two DIRTcar Nationals Gator trophies were handed out and a big $10,000 check was on the line for the 35 gassers who supported the debut of the new Series.

In the end, nobody could touch Thomas Meseraull. The San Jose, CA native led all 30 laps at the Barberville, FL 1/2-mile in dominating fashion, never receiving a single challenge even when forced to handle two green-white-checkered finishes to close out the Feature.

Crossing the line with a 0.953-second margin of victory, T-Mez controlled the entirety of the race with a much more commanding lead aboard the Chris Dyson owned and Sean Michael wrenched #20M than what the final box score shows. In classic T-Mez fashion, his post-race interview was full of theatrics and sound bites.

“Hats off to Sean Michael for believing in me,” Meseraull said. “I’ve torn up a lot of stuff, even this week, but here we are on the frontstretch. All you haters can hate all you want, but I keep on winning races. I kept thinking $10,000-to-win, so you better crash it before you even think of giving it up. I just kept giving it all she had, this thing was on rails tonight.”

While T-Mez cashed a five-figure check, CJ Leary of Greenfield, IN scored the inaugural DIRTcar Nationals Big Gator Championship for the Xtreme Outlaw Series. The Michael Motorsports pilot was the most consistent driver with finishes of first and fifth, good enough to win him his first career golden gator.

“This is really special to win the first one,” noted Leary, who also won Monday’s debut. “We weren’t good enough to get the win tonight, but winning this Big Gator is pretty damn cool. Now we’ve got a little one and a big one!” 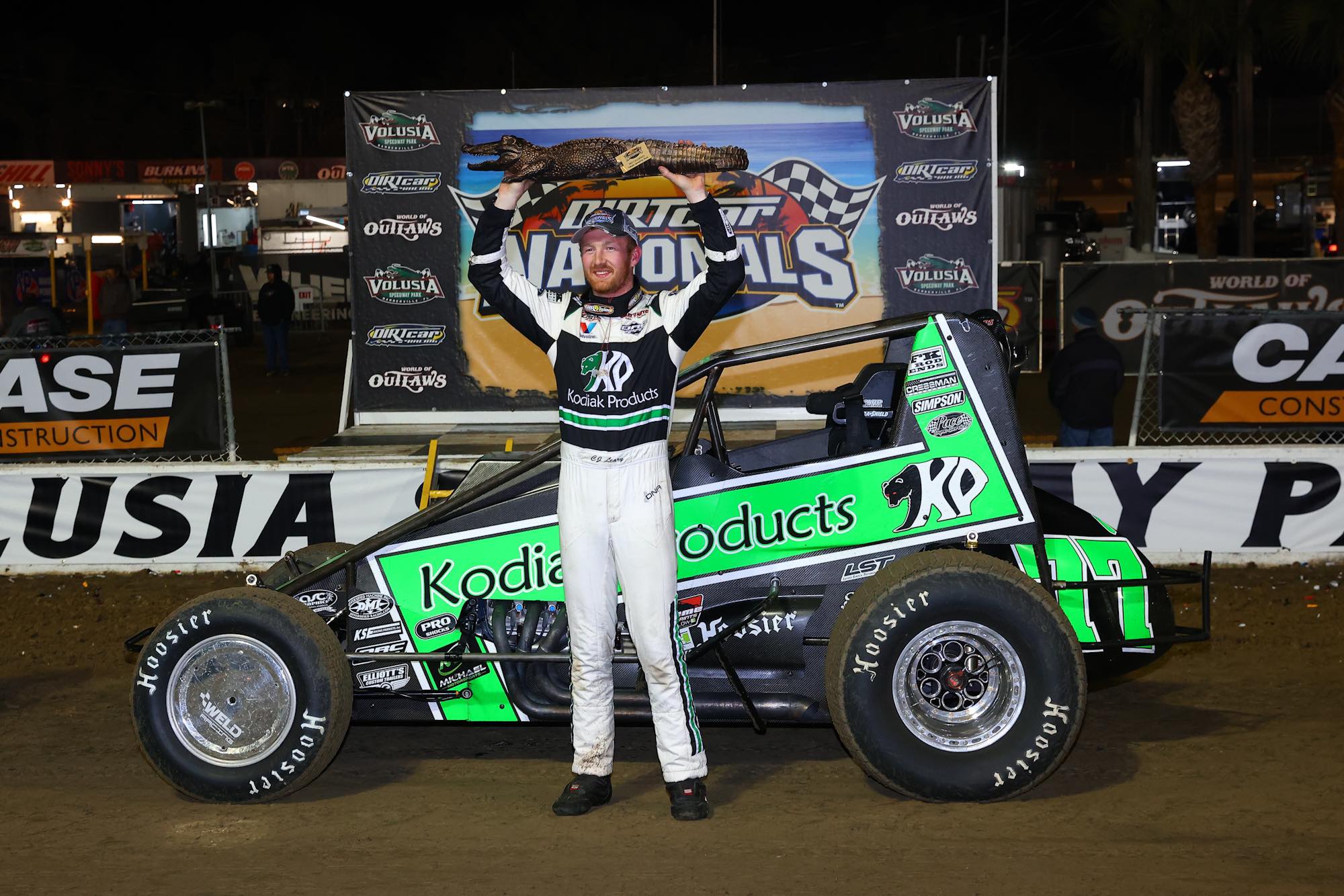 The most intriguing storyline of the week came in the form of Brady Bacon and Dennis Gile. On Monday, Gile broke a driveline (thus breaking his foot) and leaving Bacon with nowhere to go as they collided and sent Bacon flipping into the fence. On Tuesday, they were suddenly teaming up together for a run at the gator.

Bacon climbed aboard Gile’s #13 and showed speed right out of the box, setting QuickTime in his group and eventually earning high point man honors. The Broken Arrow, OK native advanced from sixth to second and had a chance at T-Mez on the final restarts, but fell just short of bringing “Big Money Brady” to Xtreme Outlaw victory lane.

“We’re just making lemonade out of lemons,” Bacon said flipping on Monday and running second on Tuesday. “I can’t thank Dennis and his whole team enough for letting me run this car, otherwise I would’ve been up there in the standings. A huge thank you to the Xtreme Outlaw Series for putting this on and giving us some extra races for good money. We tried giving it a little hail mary on the bottom, but there just wasn’t enough left to get a run at Thomas.”

Closing out the podium with his second-straight TJ Forged Hard Charger Award was Chase Stockon, advancing from 10th to third aboard the KO Motorsports, Hutson John Deer #5S. Of 15 drivers committed to the full schedule, the Fort Branch, IN native will leave Volusia as the early-season favorite at claiming the inaugural $20,000 Xtreme Outlaw Sprint Car championship.

“We’ve got a lot of momentum on our side right now,” Stockon said. “Hopefully, we can finish out the Florida swing and keep rolling with the Xtreme Outlaw guys. My guys have given me such awesome pieces both nights down here.”

Robert Ballou and CJ Leary rounded out the top-five at Volusia, while Shane Cottle, Carson Short, Justin Grant, Shane Cockrum, and Alex Bright finished out the top-10 on Tuesday night. 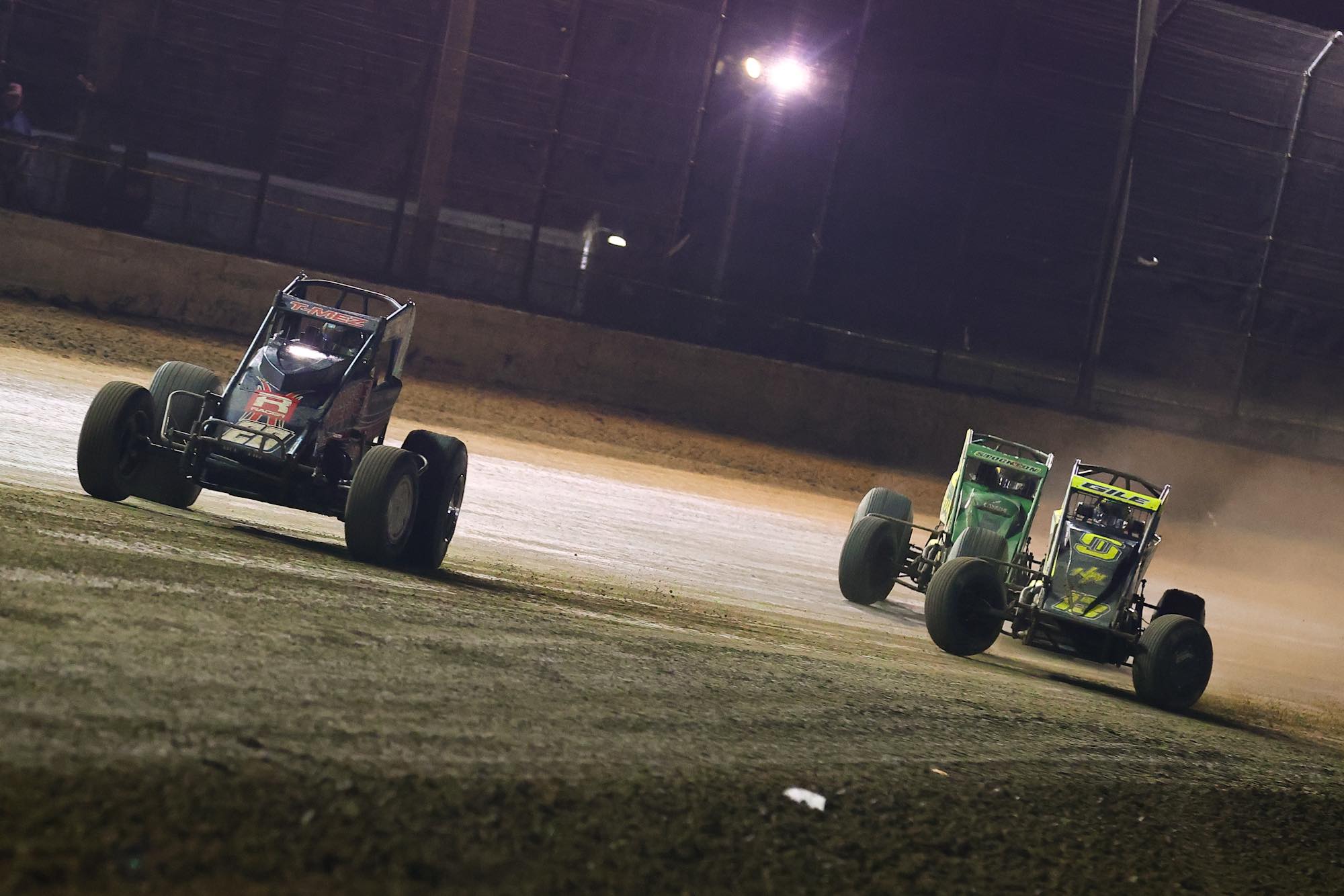 UP NEXT – The Xtreme Outlaw Sprint Car Series presented by Low-E Insulation will next compete in early April alongside the World of Outlaws NOS Energy Drink Sprint Car Series. A Missouri doubleheader is on tap with trips to US-36 Raceway in Osborn, MO on Friday, April 8 and Lake Ozark Speedway in Eldon, MO on Saturday, April 9. 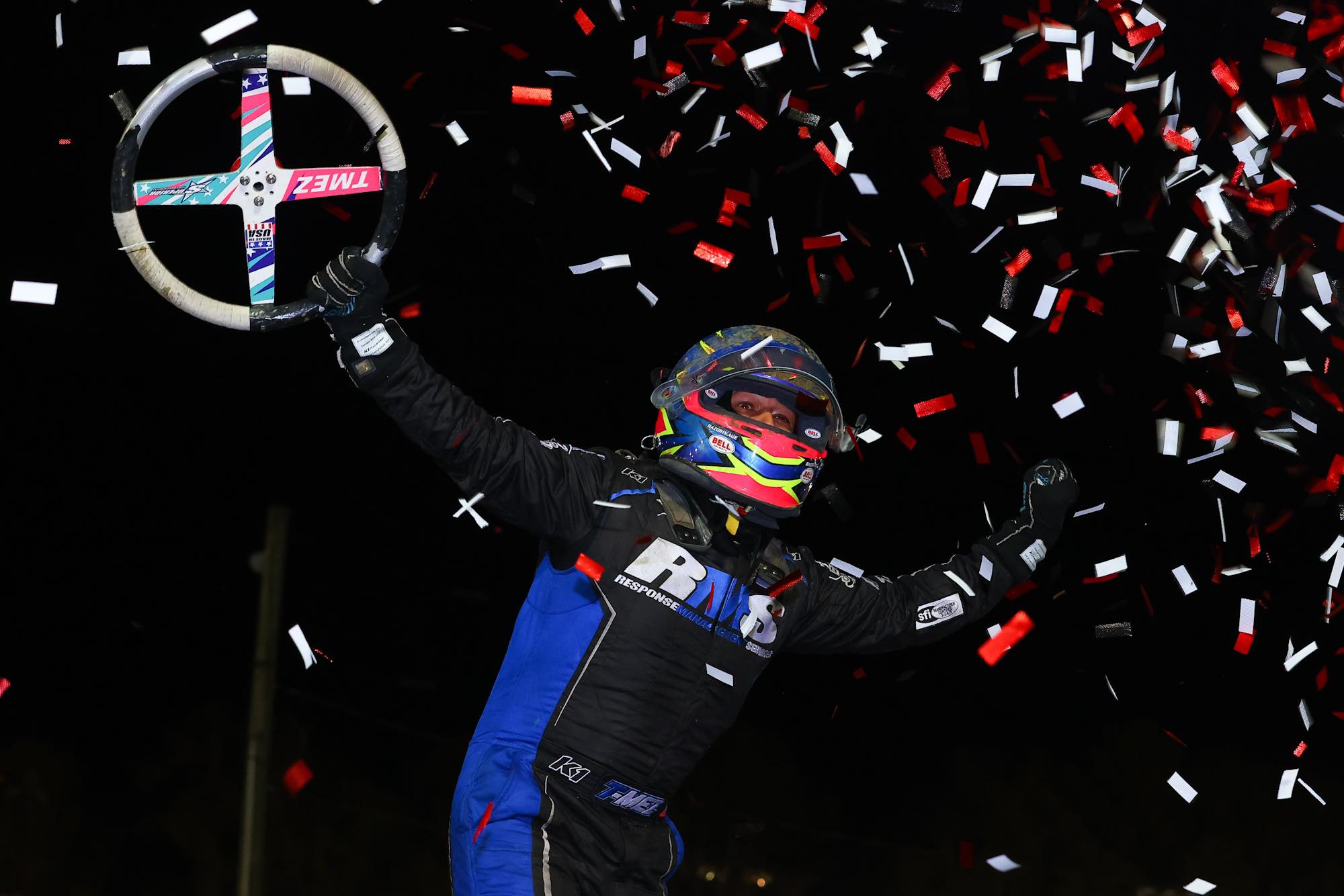 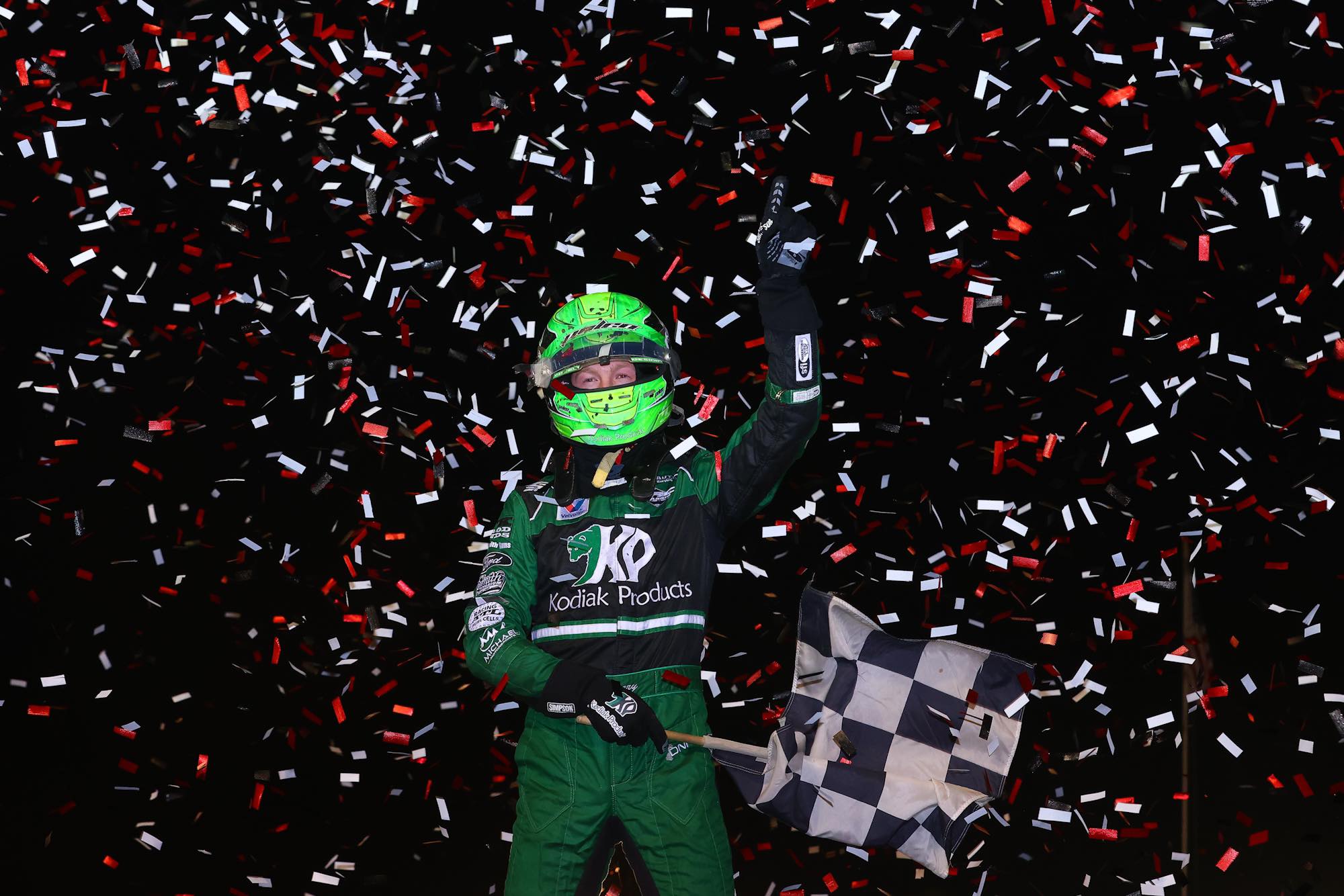 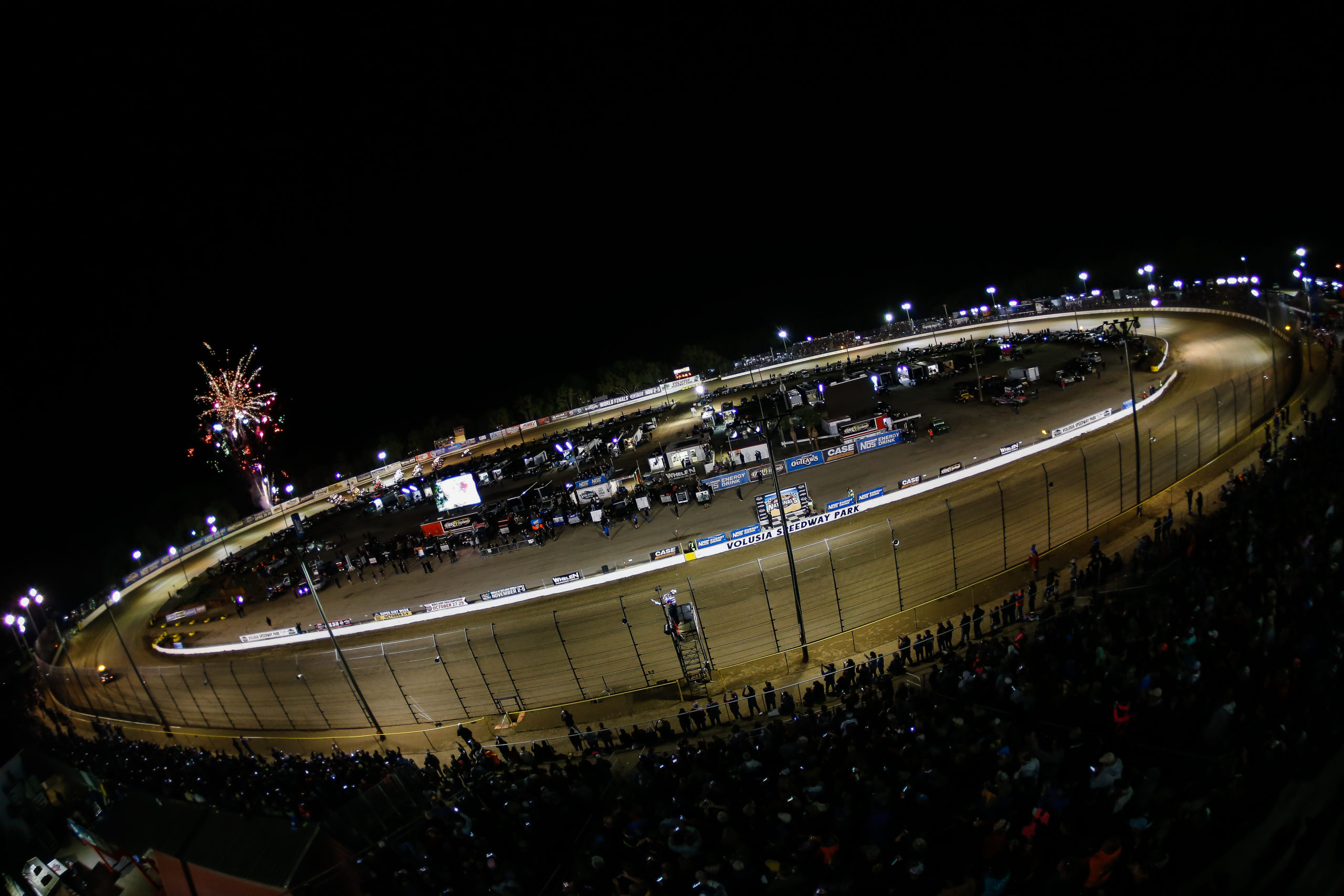 WHO TO EXPECT: Xtreme Outlaw Sprint Cars Debut on Monday and Tuesday at Volusia 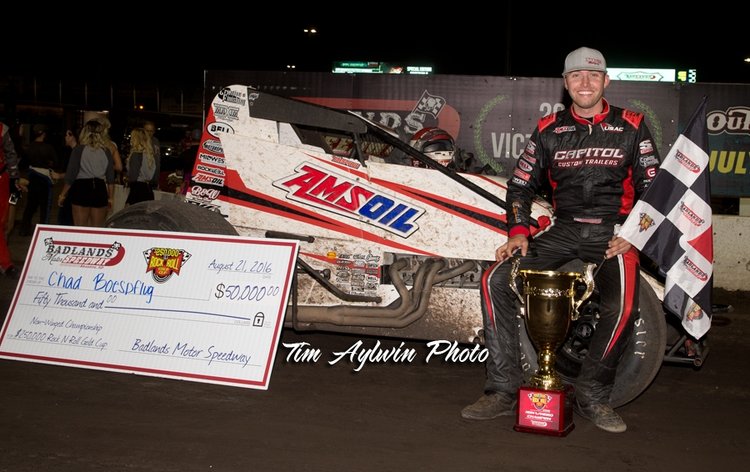 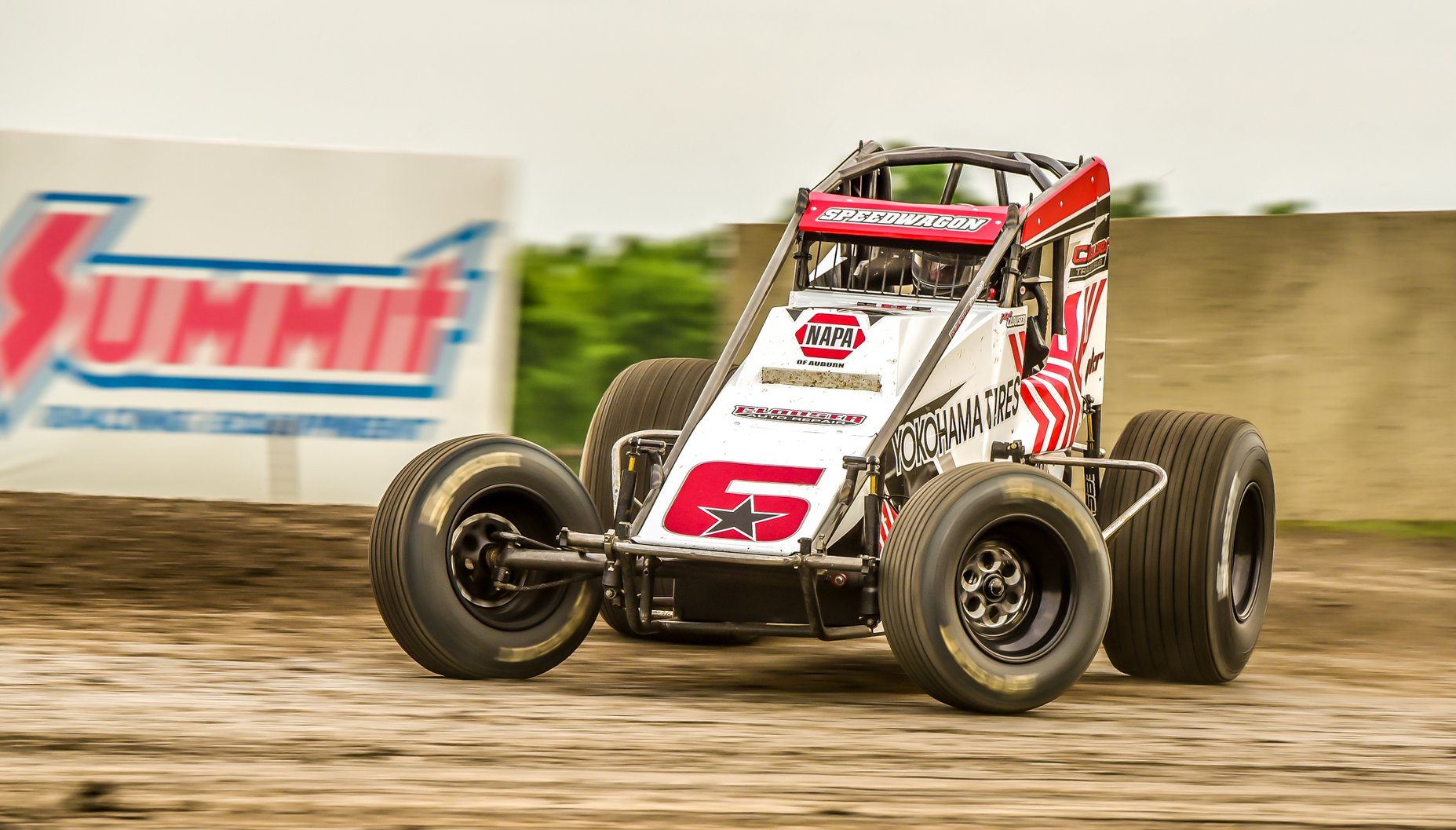 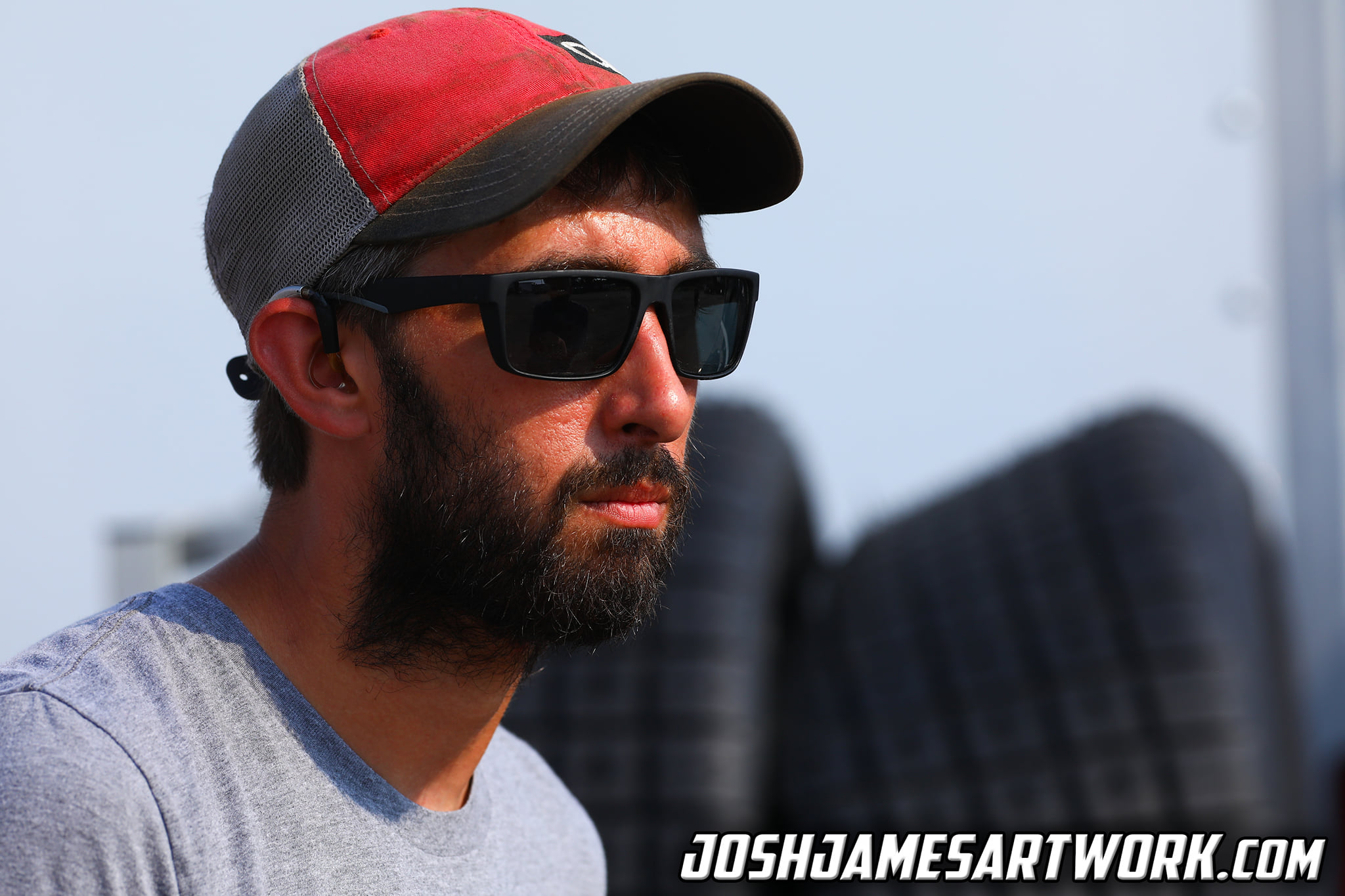