Jake Swanson could smell the blood in the water. Directly in front of him, leader Alex Bright was getting tighter and tighter every lap. With two left on the board, he knew it was time to make the move.

With a deep dive into Turn 3, he slid up in front of Bright and took away his line and the lead before crossing under the white flag, nearly neck-and-neck at the line. Bright tried a slider of his own through Turns 1-2, but Swanson kept his foot in it as he hit the high-banked Jacksonville Speedway cushion and fended-off Bright’s last-ditch effort.

In the end, it was all Swanson needed to gap Bright and drive across the finish line to score his second Xtreme Outlaw Sprint Car Series presented by Low-E Insulation Feature win of the inaugural season.

It’s been long and winding road for the 29-year-old from Anaheim, CA, who now becomes only the second driver in Xtreme Outlaw history to win more than once. He’s come a long way since his days in the Midget ranks and early Sprint Car starts, and reflected on his time in the seat with Team AZ Racing, traveling around to compete against drivers from across the country.

“It really is an honor to drive all over the country and race,” Swanson said. “To be on a circuit like this and be able to win at this level is pretty awesome.”

Swanson took the green flag from outside Row 2, directly behind Bright. Bright took the lead on the first lap and proceeded to lead the next 27 circuits of the 1/4-mile oval. Though he looked fast out front in the early going, Bright soon found himself in a struggle, losing the handling with half of the race left.

“I knew I was in trouble before two-to-go; I started struggle with about 15-to-go,” Bright said. “I was just trying to hold on, not make mistakes, still running hard. But I didn’t wanna give it up on doing something stupid, either.”

Even though the car was getting tight, Bright still looked strong on the restarts, which contributed to his ability to keep the lead. And his competition noticed.

“I knew [Bright] was getting tighter and tighter,” Swanson said. “He was getting really good restarts. He was going so early that I would have a hard time getting ahold of something. It was hard for me to smash the pedal and get going. It felt like I was spinning the tires, and I would lose more time.

“If I could make sure that I carried speed into Turns 1-2, [Bright] would get tight and I’d be able to make that ground back up as long as I got a good restart.”

After fending-off relentless pressure from Robert Ballou behind him, Swanson was left with five laps on the board for the race’s final restart; one car in front of him. That’s when he devised the plan.

“I knew I was running out of time, but there were a couple spots where I could see down there on the bottom,” Swanson said. “If I could just get some momentum and get close enough to [Bright], I could stick something down there and at least break his momentum.

“If it slid him, I’d break his momentum and if it hooked the bottom, I could drag race him to the next corner and hopefully slide him there. That’s what we ended up doing.”

Bright had a plan for the last restart as well – a conservative one – and said that looking back, he realized he should’ve pushed harder.

“I think with about five-to-go, I needed to just throw the ‘don’t-make-mistakes’ card out the door and just start running it as hard as I could,” Bright said. “For how we had the car, I think that was my only option. I didn’t see it until Swanson got by us, but at that point, it was too little, too late.”

Though he didn’t get the win, Bright still finished P2 and made up a big chunk of points in the championship standings on leader Shane Cockrum. With Cockrum having to come from 18th to finish sixth, Bright was able to cut the gap down from 47 points to 16 with five races remaining. Doing well miles away from his home in Collegeville, PA, gives he and the Hummer Motorsports crew a big dose of confidence.

“Running back in Pennsylvania, we don’t really get cushions, we don’t run on the small tracks like that,” Bright said. “So, to come out here and run as good as we did for 28 of the 30 laps, I guess it wasn’t so bad.”

Rounding out the podium was the only other two-time Xtreme Series winner, CJ Leary. The Greenfield, IN-driver came from seventh in his first Series appearance since Lake Ozark Speedway in June.

Though the night started out unfavorable, Cockrum was able to come back from 18th to finish sixth and retain his points lead, though smaller now. He earned the TJ Forged Hard Charger Award in his drive, picking up 12 spots of position in 30 laps.

The Xtreme Outlaw Sprint Car Series presented by Low-E Insulation heads to Lewistown, IL, for another track debut on Saturday, Sept. 10, at Spoon River Speedway. Buy a ticket at the gate or stream all the action live on DIRTVision. 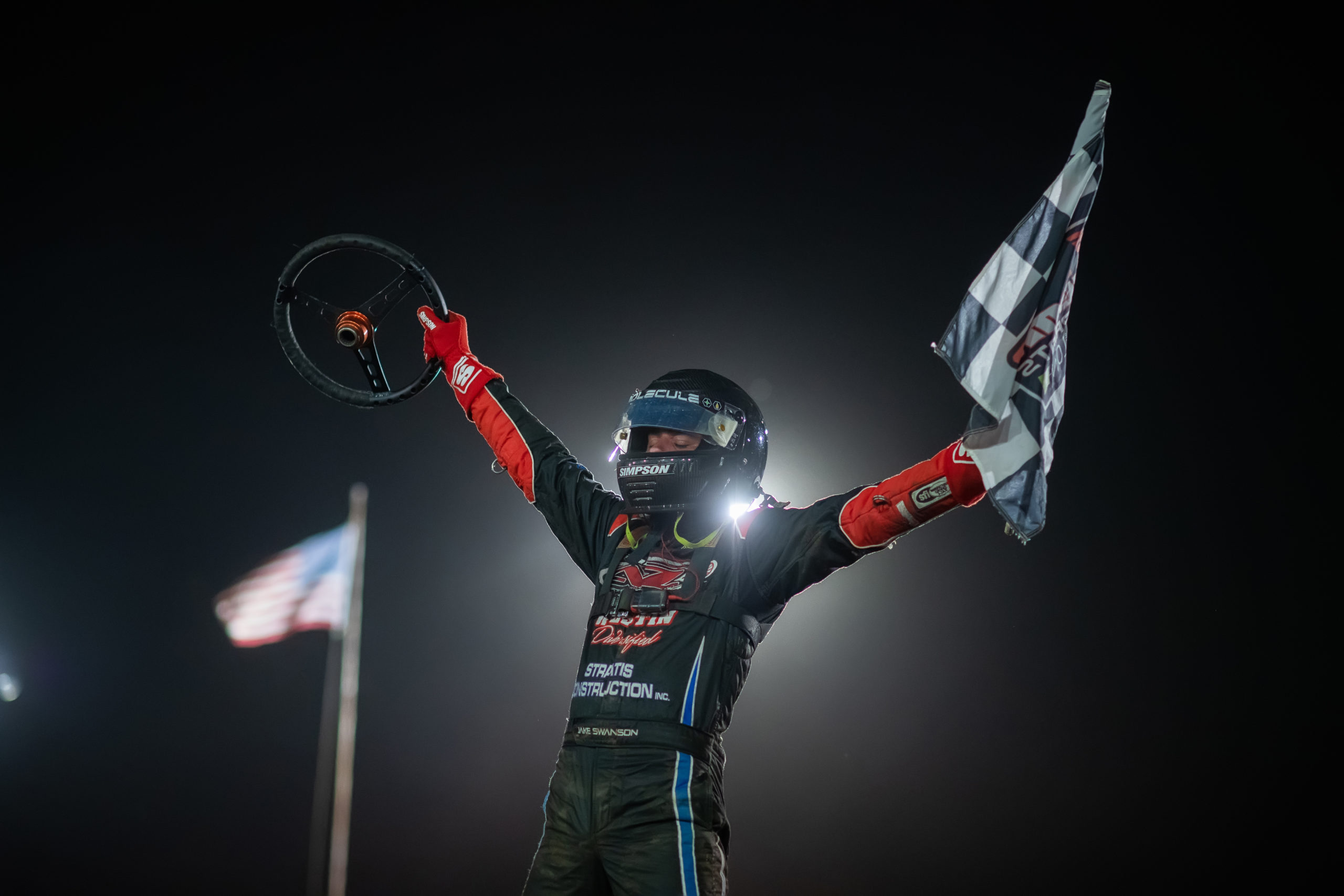 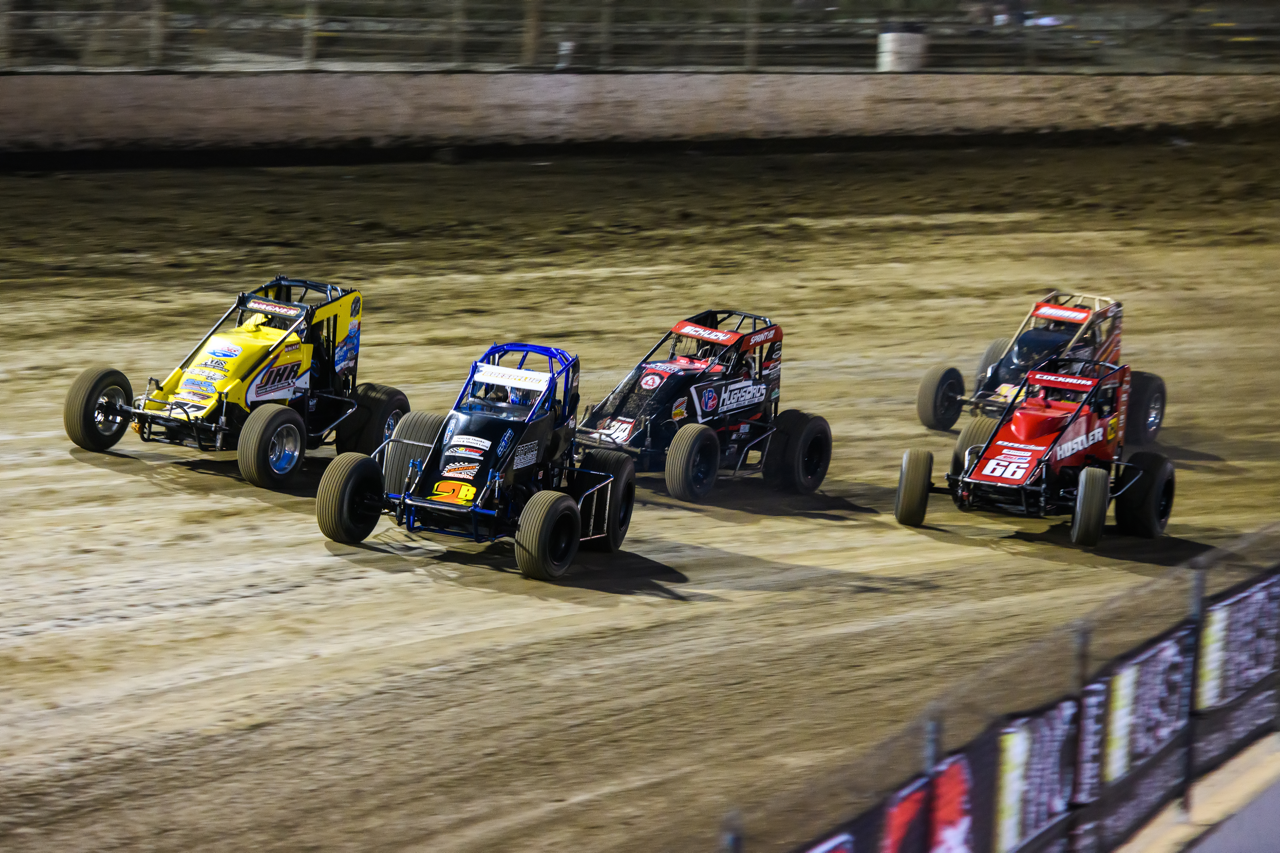 WHAT TO WATCH FOR: Xtreme Outlaw Sprint Cars head to Illinois for doubleheader weekend 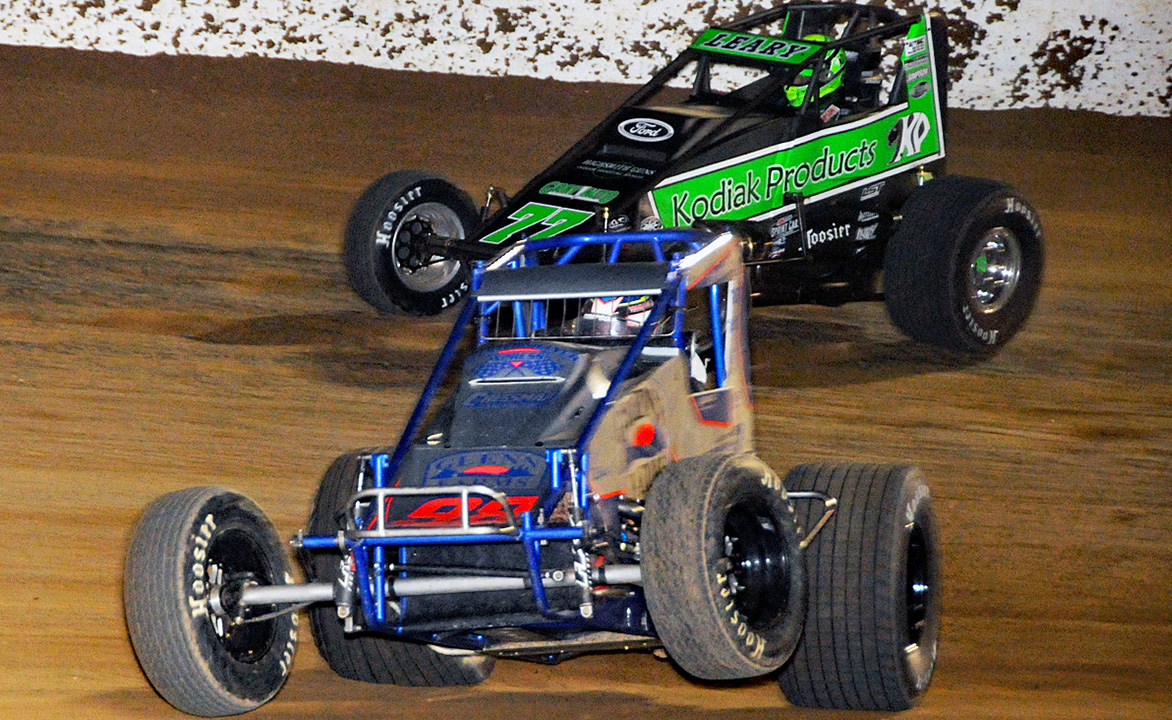 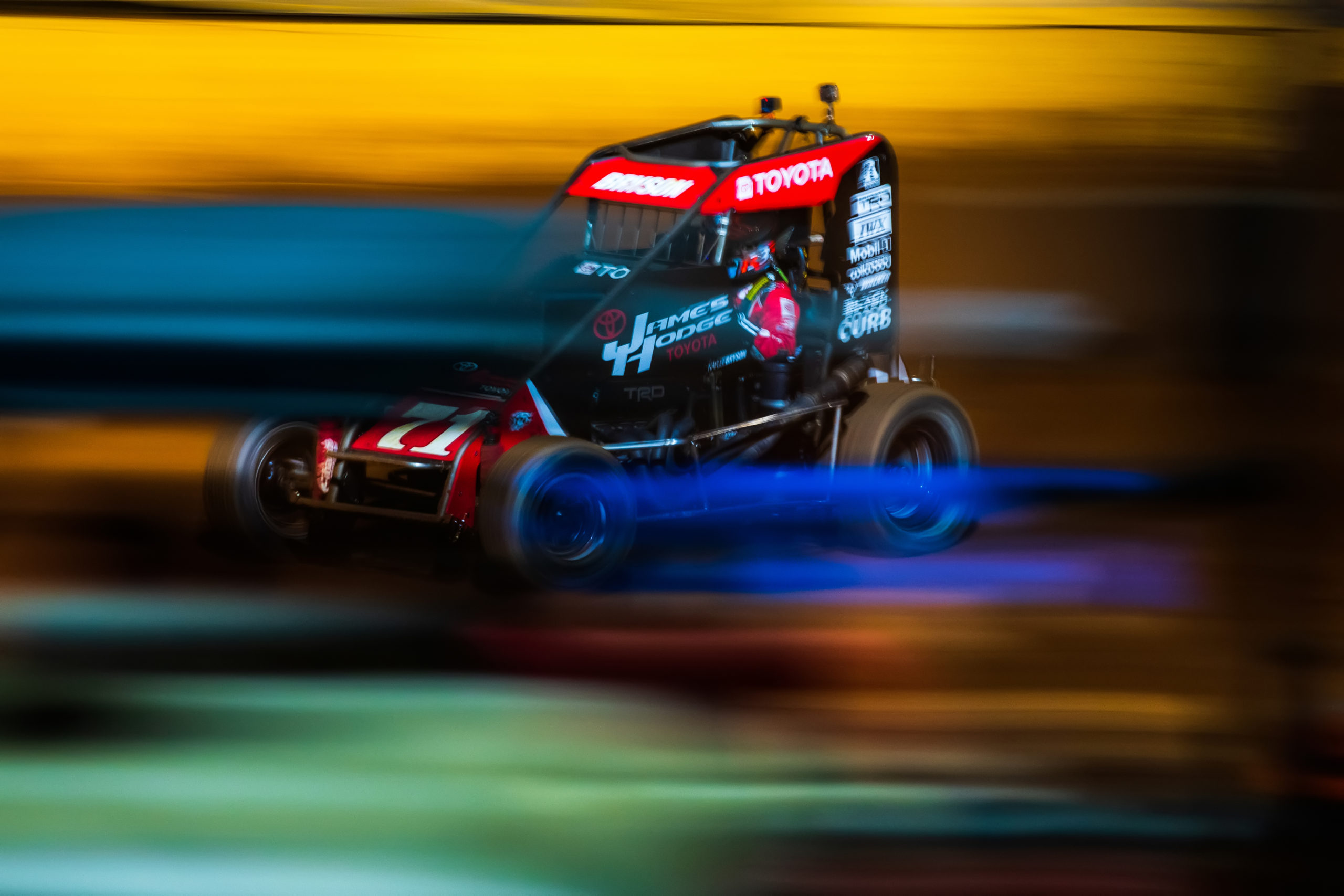 WHAT TO WATCH FOR: Tripleheader Showcases Sprint Cars and Midgets This Weekend 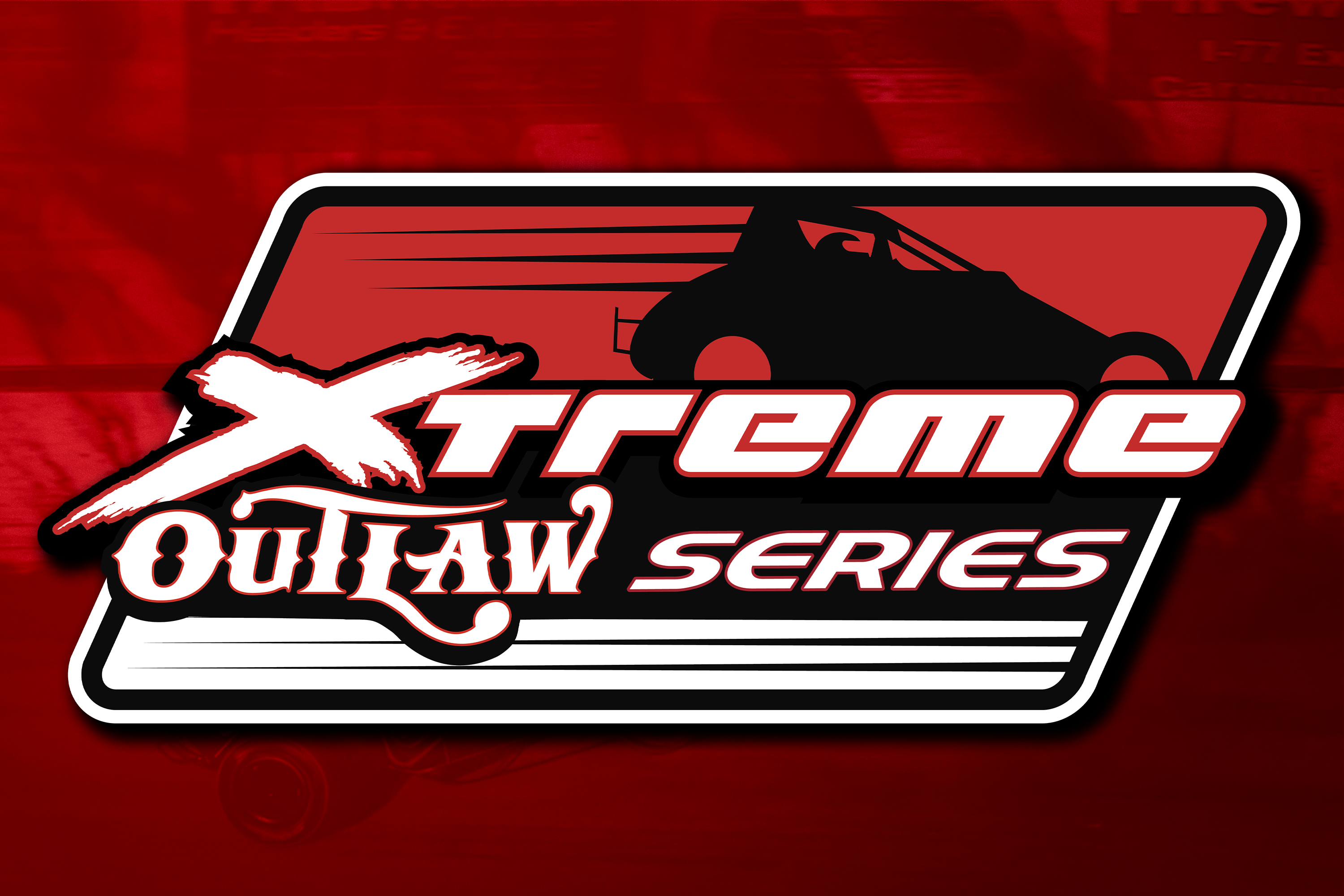