With a deep dive into Turn 3 and his right foot down coming out of Turn 4, Jake Swanson completed a big slide job pass for the lead – one that would later earn him a big $6,000 paycheck as victor of the St. Louis Firecracker Faceoff finale.

The AZ Motorsports pilot from Anaheim, CA, chased polesitter Mario Clouser around the high banks of Federated Auto Parts Raceway at I-55 through the middle stages of Saturday night’s Xtreme Outlaw Sprint Car Series presented by Low-E Insulation Feature, hungry for his first victory in the tour’s inaugural season.

Running second after starting third, Swanson slowly closed the gap to Clouser, blasting the high line right in his trails. He originally tried the slide job one lap earlier on Lap 23 but did not have the momentum to slide up and make the pass. Three corners later, Swanson went in with the speed he needed, slid up in front of Clouser and won the drag race to Turn 1 to seal it.

Now with the lead and only 10 laps remaining, Swanson flipped on the afterburners, opening up a two-second advantage in five laps. However, he still had traffic in front, and at one point was nearly a part of a bigger accident after jumping the left-rear tire of Jack Wagner getting into Turn 1.

“It was a little sketchy there in lapped traffic,” Swanson said. “I don’t know if they didn’t see the blue flag or what.”

“We about went ass-over-teakettle into Turn 1 up there.”

Swanson recovered nicely, however, and cruised his No. 21AZ around the third-mile to the checkers, holding over a three-second lead. 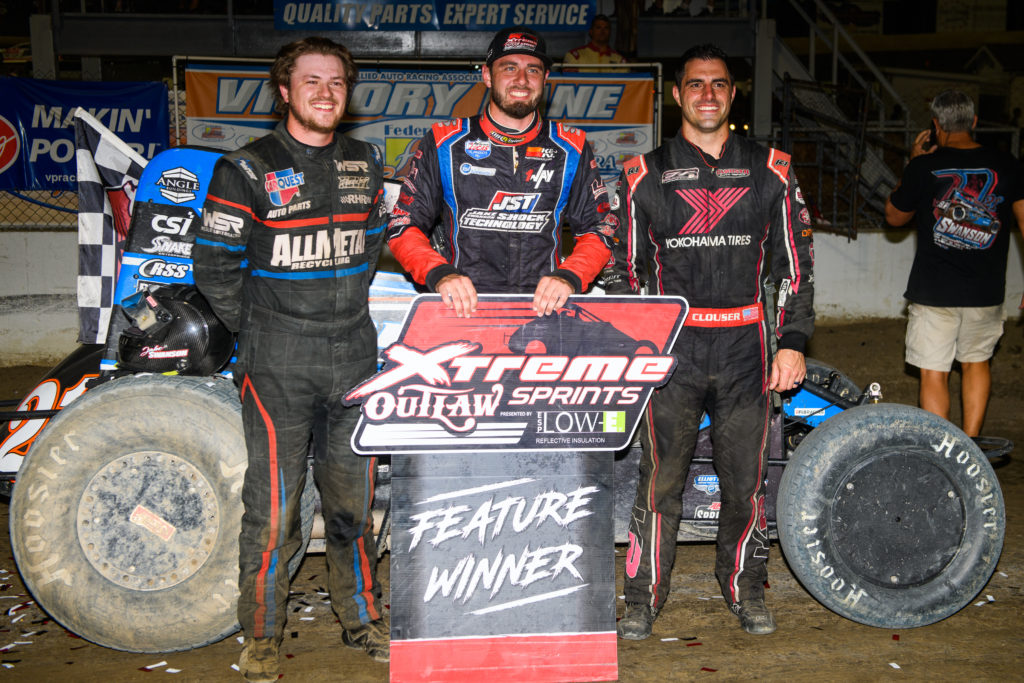 Clouser held on for second, redeeming himself after getting into the wall while leading on Friday, while Whitz Racing Products Fast Qualifier Wesley Smith completed the podium.