Shane Wade’s days of sleeping in van, traveling from race to race with his grandfather, have led to a potential history making moment for the Sprint Car team owner.

The historic significance of the event is twofold for Wade. The “Outlaws” return to their roots as Devil’s Bowl Speedway hosted the first World of Outlaws event – a Non-Wing Sprint Car race – in 1978 and among the “Original Outlaws” in that race was Wade’s grandfather, Chuck Amati.

It was his grandfather who embedded the love of Sprint Car racing into him, so going into the championship weekend with a shot at the inaugural Xtreme Outlaw title, being an “Original Xtreme Outlaw,” Wade knows it’ll be a special weekend no matter the outcome.

“I think it is incredible to just be in a position to have a shot at it,” Wade said. “It would be a dream come true if we win the inaugural season. That’s why we put this deal together. When we started hearing rumors this was going to happen, Shane (Cockrum) was the first person I called and said let’s win this championship. That’s been our goal. I’m extremely grateful we’re in the position we’re in, no matter what happens. We’ll be proud to have played a role in the first season.

“I am looking forward to closing the season out [at Devil’s Bowl]. Obviously, it’s championship weekend. It’s going to be a special weekend.” 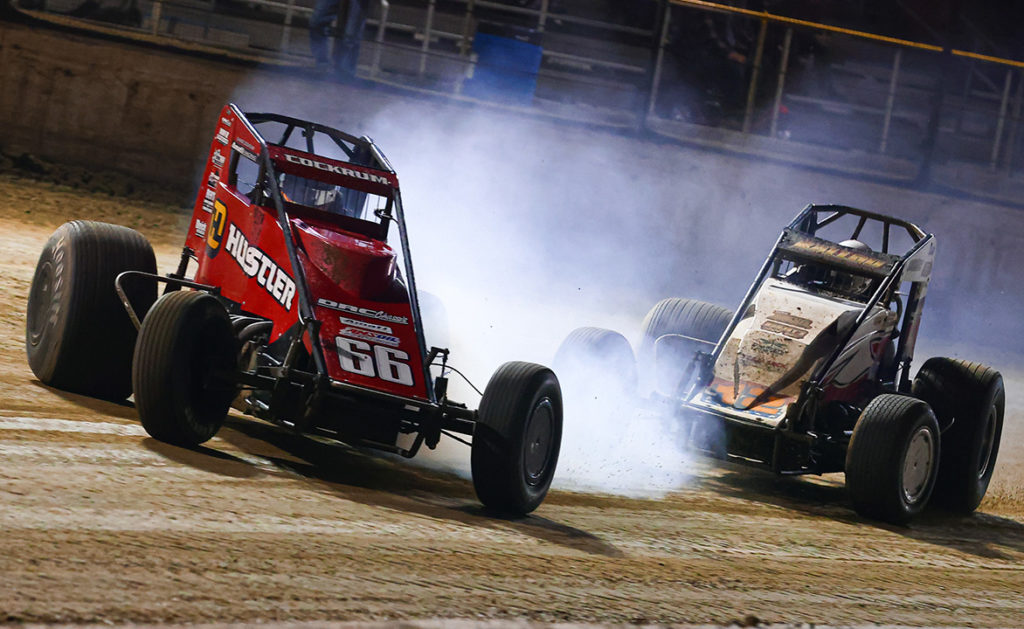 The historic significance also isn’t lost on Cockrum, whose father, Cliff Cockrum, raced against Amati. Along with wanting the championship, Cockrum and Wade had Devil’s Bowl circled on their calendar the day it was announced.

“It’ll be a cool reunion of shorts,” Cockrum said about the historic significance of the weekend. “It’s one we’ve pinned on the map since the beginning of the year. We’ve been preparing for this one all year. We’re just pumped we’re in a position to capitalize and win the championship.

“Certainly, all championships are awesome, but to win the first one would definitely be the highlight of my career. For a multitude of reasons. One, it’s just a huge national series and to win anything like that puts you on the map in different places. Secondly, this is a reunion of sorts from the first World of Outlaws race there in the 1970s. To possibly win a championship at a place that… It really does bring myself, my family, Shane Wade and his grandfather, Chuck Amati, essentially the World of Outlaws organization, brings it full circle for all of us.”

Dirt racing is all Wade has ever known. His earlier memories are traveling around the country with his grandfather, going from track to track, living their lives on the road out of their van.

“My grandpa would wake up at daylight. We would sleep in the motel parking lot and my grandpa would wait up at daylight, waiting for people to come out of their hotel and he would talk them into letting us use their hotel room to take showers,” Wade said. “We always had our own towels. They rarely told him no. We’d take showers and go to the racetrack.”

Those days of living out of a van as an original “Outlaw” put Wade on the path to potentially be the original Xtreme Outlaw champion.

If you can’t make it to the track, you can watch every lap live on DIRTVision – either at DIRTVision.com or by downloading the DIRTVision App.