DRIVE FOR FIVE: Jade Avedisian hoping to get step closer to her goal at Quad Cities 150

Jade Avedisian had a specific goal in mind this year.

In her second season of running National Midget races, the 15-year-old from Clovis, CA wanted to win. And she did, in a big way, at Jacksonville Speedway with the Xtreme Outlaw Midget Series presented by Toyota, becoming the first women to see the checkered flag in a National Midget event.

However, that wasn’t the full extent of her goal.

“My goal is five (wins),” she said. “But I’m already halfway through the season, so I need to figure out how to pick up four more wins. Just winning, really.”

She’ll have two more chances to win big when the Xtreme Outlaw Midgets – in conjunction with POWRi – make their debut at Davenport Speedway (in Davenport, IA) for the Quad Cities 150, Aug. 26-27 – paired again with the World of Outlaws CASE Construction Equipment Late Model Series. Both nights will pay $4,000 to win for the Midgets. 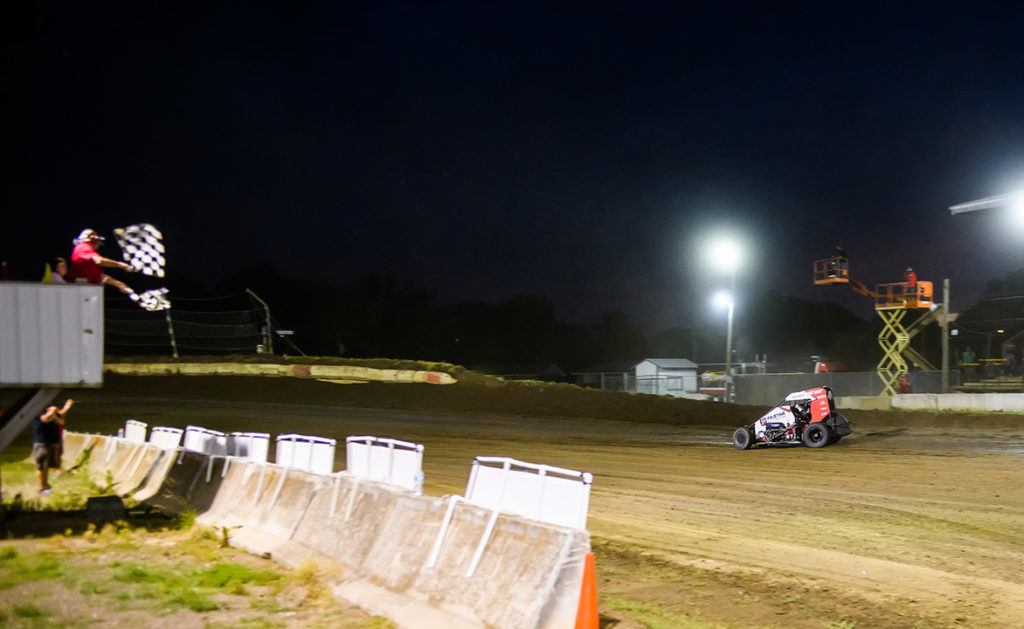 She’s never raced at the quarter-mile Iowa track before, but that’s not hindering any confidence of being able to win the marquee event in her Toyota-powered CB Industries #84. She’s already won at a quarter-mile this year – at Jacksonville. Also, Avedisian said she’s felt more comfortable on smaller tracks this year.

“Confidence is big in racing, knowing I already have one win just keeps you going, even if you have a bad weekend,” Avedisian said. “I’m just really excited for Davenport and hope to be able to get another one.”

She couldn’t pin-point what’s made her better at smaller track this year, other than enjoying the challenge they present. She credited her improvements of mastering her entries, managing her wheel spin and using the cushion to her advantage. On the bigger tracks, she said she feels like she’s more “along for the ride.”

By not running for points, Avedisian has been able to jump freely between the Xtreme Outlaws, POWRi and USAC Midget events. Between the three series she’s picked up six top-five finishes and 12 top 10s in 31 starts.

With the Xtreme Outlaws, she was unable to qualify for the Series’ first-ever two events at Millbridge Speedway but then, in her first Xtreme Outlaw Feature start, won at Jacksonville, besting the stout field by more than a second. In the last two Series events at Federated Auto Parts Raceway at I-55 she finished 15th and 14th, respectively.

While she shares a moment in history with Taylor Reimer, being the first ever back-to-back female winners in a national dirt racing series, Avedisian said she didn’t think too much about that part. She just wants to win. No matter what accolades come with it.

To see Avedisian and the rest of the best dirt midget drivers in the country during the Quad Cities 150 at Davenport Speedway, CLICK HERE for tickets.

If you can’t make it to the track, you can watch all the action live on DIRTVision – either online or by downloading the DIRTVision App.