While consistency has made Daum the championship points leader, he doesn’t want to be a winless champion

Zach Daum knows what it takes to win a title, already a three-time National Midget champion, but this weekend is a once-in-a-lifetime championship opportunity for him.

While the points battle may not be decided until the final lap of the season Saturday night, Daum has been a master of consistently this season. In seven starts, he’s yet to finish outside the top 10 – currently the only driver with that stat – and five of those are top-fives finishes. However, he’s yet to win.

The championship is his main goal, but Daum doesn’t want to end the season as a winless champion. He’ll have three chances to change that with the Series racing – in conjunction with POWRi – at Port City Raceway, Thursday, Oct. 13, and I-44 Riverside Speedway, Friday and Saturday, Oct. 14-15.

“Hopefully, we can go and win all three,” Daum said. “That would be ideal. We haven’t won in a Midget all year. We’ve given a few away. Not just with the Xtreme deal. I feel like in USAC, too, we’ve given a few away that maybe if the stars aligned should have won. Those hurt a little bit. I’d like to get a couple more wins before the end of the year. Just get something. I hate being the guy that wins the championship but doesn’t win the race.

“It can be done and there is a model for consistency in that but at the end of the day the only thing that matters in racing is winning. I would really like to get Bundy (Mitchell, his team owner) a win. That would mean a lot to me.”

Despite that, he’s still confident he and the Bundy Built Motorsports team can enter with a shot at sweeping the weekend.

“Our car is pretty good right now,” Daum said. “The motors, we’re making good headway on the motors this year. I fully expect us to be in contention again and hopefully wrap up the championship.

“Our motor program, we’ve been working some kinks out. We feel like we’ve worked out something here with the latest motor.” 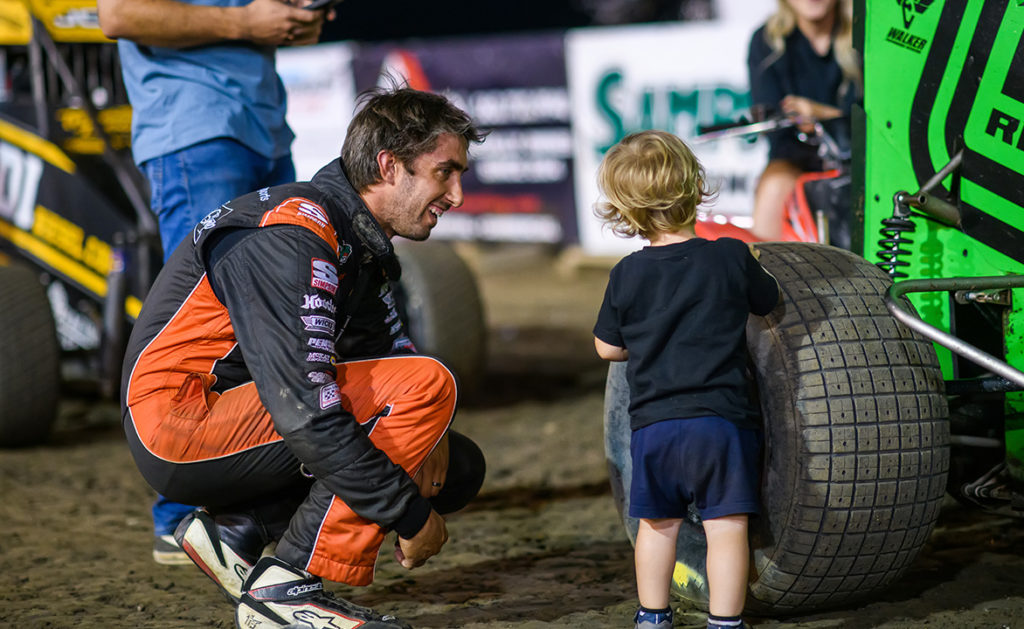 Even though the points battle is still close with three races to go, Daum said he isn’t focusing on “points racing.”

“Any time I think about points I end up screwing myself,” he said. “You know, I kind of race that way every night. If you feel like you have a car you can go win races with, when you go out that night, you have to go after the win.”

The Xtreme Outlaw Midget Series championship will pay $10,000 to the winner, and due to Daum’s consistently good finishes, he’s already made more than that this season. He credits the Xtreme Outlaw Series for boasting higher than normal paydays throughout the field, saying it’s helped “revive” Midget racing.

Aside from the money, Daum eyes a chance to write his name in history. A once-in-a-lifetime opportunity to look back 30 years from now and say he was the inaugural Xtreme Outlaw Midget Series champion.

“Hopefully something like that, that just grows. Which I think it is going to. If they can keep paying good purses, keep going to new racetracks, I think it is going to keep Midget racing alive. It would be awesome to say next year I’m the reigning champion and hopefully in 30 years get to say I was the first one.”

PrevPreviousWHAT TO WATCH FOR: Midget Champion to be Crowned in Oklahoma Tripleheader
NextGOT ONE: Daum Wins at Port City, Becomes Eighth Different Winner in Eight RacesNext