YEAR IN REVIEW: Xtreme Outlaw Midget Series finds its way into history in its debut season

The Xtreme Outlaw Midget Series pres. by Toyota lived up to its name and made an extreme entrance into the dirt Midget scene in its debut year.

In the 10-race venture, the inaugural championship came down to the last race, there were nine different winners with the first repeat winner coming at the final race and the first female winner in a national Midget series was crowned.

The Series debuted at Millbridge Speedway in Salisbury, NC, in May, with Gavan Boschele claiming the inaugural victory and then Taylor Reimer was deemed the victor for the second night at Millbridge, becoming the first female winner in a national Midget series.

From there, the Series visited Illinois, Missouri, Iowa and Oklahoma, setting new records with each race.

WILD CHAMPIONSHIP FINALE
Zach Daum, of Pocahontas, IL entered the championship weekend triple header in Oklahoma with a 48-point lead, but no wins. He changed that at Port City Raceway, winning the Donnie Ray Crawford Sooner State 55 and extended his points lead for the final two races.

However, the doubleheader weekend at I-44 Riverside Speedway did not make his path to being the inaugural champion easy. On the first night, Daum’s motor blew. To make sure he could compete, the Bundy Built Motorsports team took the engine out of teammate Ethan Mitchell’s car and put it in Daum’s. He finished 12th while his championship rivals finished ahead of him.

The next night, Daum wrecked his to the point it was unfixable. However, fortune came again in a surprising form. The CB Industries team put together one of their own cars for Daum to run and finish off the night as the inaugural Xtreme Outlaw Midget Series champion, taking home the $10,000 check.

“It’s a big deal,” Daum said. “Ten-thousand dollars is a lot in Midget racing. Hopefully this thing is like Chili Bowl. Rich Vogler won the first one and everyone still knows that. Hopefully 30 years from now this thing has exploded and we’re the inaugural champion. It’s huge for Bundy Built… everyone that helps on this team. I can’t explain the shoestrings they race on.

“It’s not without struggles. Without a few tears and beers. Or blown motors. Everything you’re trying to do to make a program better. This is a stock production motor we’re turning way too hard and asking way too much out of. You’re going to experience failures. Luckily, Chad Boat was nice enough to let us run his car. He saved our ass at Davenport, got us out of the hot pit there. Without him, we don’t win.” 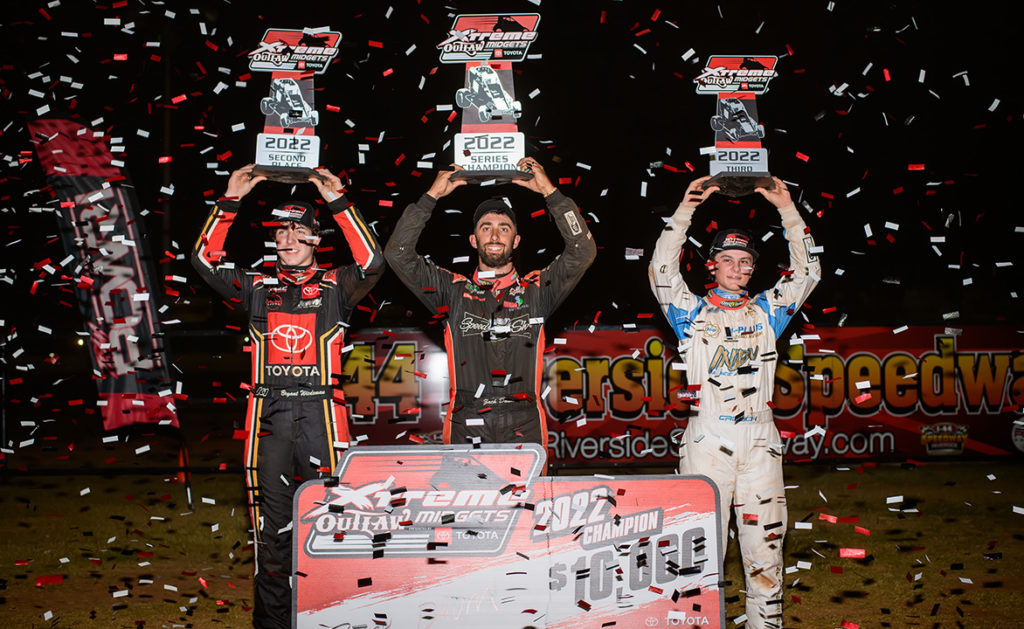 THE FUTURE IS FEMALE
History was made multiple times throughout the inaugural Xtreme Outlaw Midget Series season. None more prominent than Taylor Reimer and Jade Avedisian’s victories.

After initially finishing second during the second night of racing at Millbridge Speedway, Taylor Reimer, of Tulsa, OK, was eventually deemed the official winner when Cannon McIntosh was disqualified. The victory made Reimer the first female winner in a national Midget series.

Then, the next race at Jacksonville Speedway, 15-year-old Jade Avedisian of Clovis, CA, became the first female to cross the checkered flag in a national Midget race. Her victory also made her and Reimer the first back-to-back female winners in a national dirt racing series.

Avedisian wasn’t done making history, though. She parked her Toyota-power Midget in Victory Lane during the final race of the season at I-44 Riverside Speedway, becoming the first multi-time Xtreme Outlaw Midget winner and the first multi-time female winner in a national dirt racing series.

“The first one was awesome, but I think this one’s just a little more special that I could do it twice,” Avedisian said after picking up the victory. 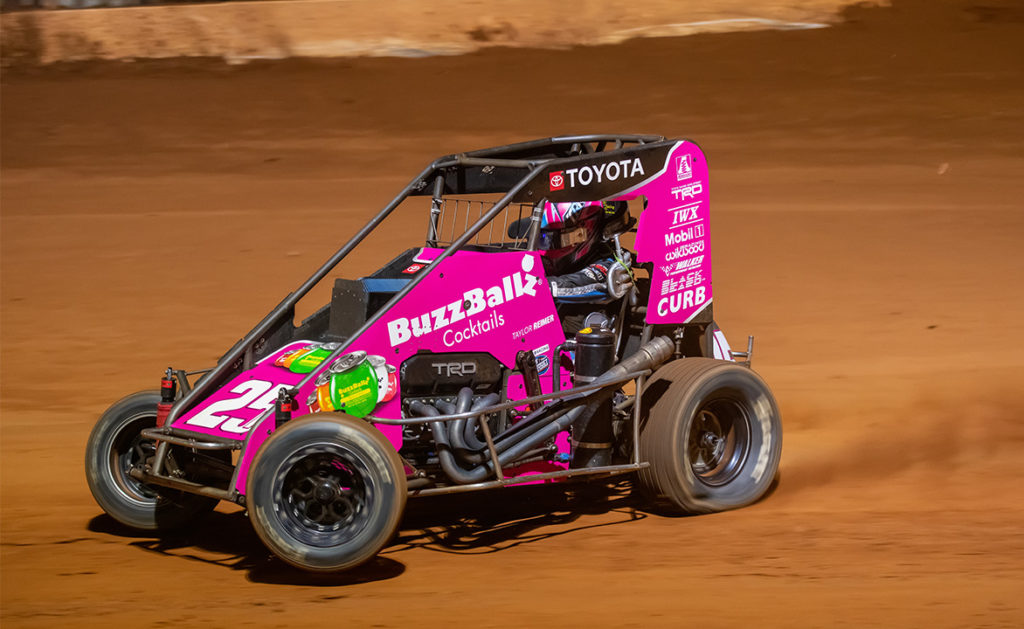 NINE OUT OF 10
The level of competition in the Xtreme Outlaw Midget Series was stellar all season, proven by nine different winners in 10 races – at six different tracks. And of those winners, six different states and two countries were represented (the United States and New Zealand).

Of that group, it was also the first national Midget win for Reimer, Avedisian, Crum and McDermand.

If you missed any of the Xtreme Outlaw Midget Series pres. by Toyota races this year, you can find them all in the DIRTVision Vault.